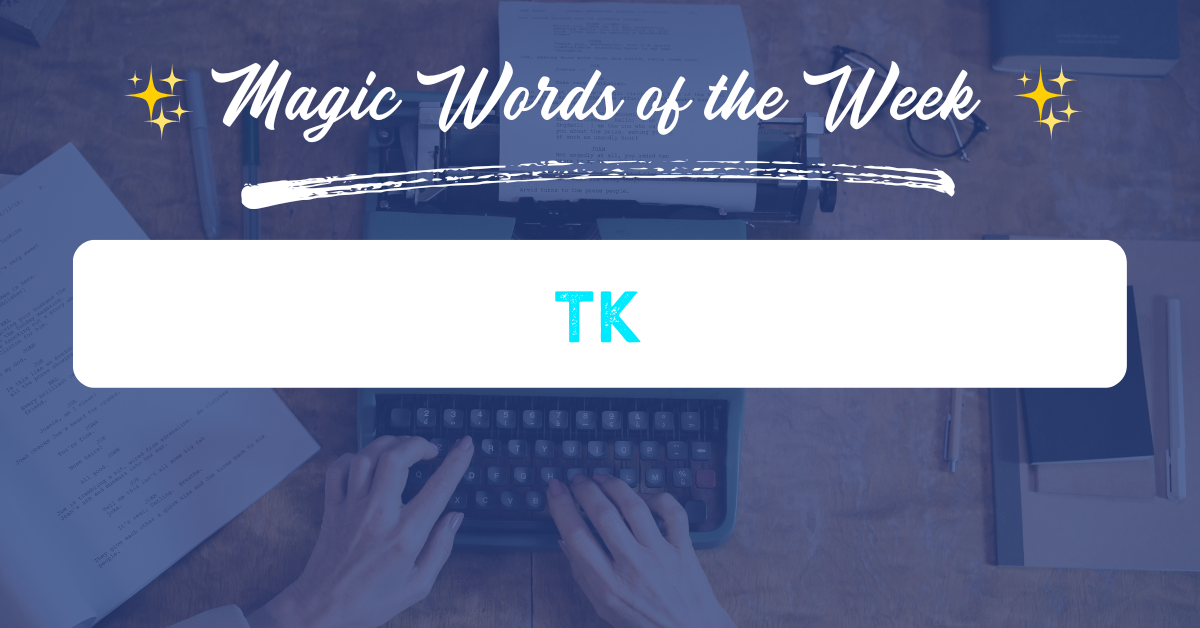 Momentum is important when you’re writing. And I used to be a genius at disrupting mine.

I’d be writing a school paper and come across a factual detail I wanted to include.

It was often something trivial, like the name of the dog that the man was petting, or the town where the treaty was signed.

And so I’d pause in my writing and go look it up.

Then I started working at magazines.

It took about 2 days for me to be inducted into the curious magic of “TK.”

For print journalists, the letters TK are a universal code that means, “Imma fill that in later.”

Legend has it that they stand for “to come,” using a combination of letters that’s uncommon in the English language. That makes any stray TKs easy to spot during proofreading.

I started using TK as a placeholder for all sorts of missing facts.

Fictional example: “Jane TKlastname, a guide at TKcompany since TKyear, says that marshmallows are the world’s best backpacking dessert.”

And suddenly I realized I’d been KILLING my writing up until then.

Instead of chasing down every little detail in real-time, using TK as a placeholder was SO. MUCH. EASIER. And faster.

And did I mention easier and more satisfying?

I still use TK as I write marketing copy for my clients.

“Richard has successfully defended TK# cases since TKyear,” I’ll write while boosting someone’s authority. Then we just fill it in next time we talk.

I know it seems bizarre that such a silly little trick would make such a big difference, but I swear, it made me a WAY more efficient writer.

So: Give it a try. See what it does for you. Let me know what you think.

PS – One time when I worked at Backpacker, we reviewed a sleeping bag with “TK” in the product name. It drove all the editors crazy; we kept thinking there was a fact missing! It was all “who’s on first” for that issue. 😂

This post was originally sent as an email to the Magic Words of the Week newsletter list. Every week, I share reflections on a word, quote, or phrase I think will help you thrive in your life’s work.

Want sage advice on life and business in your inbox every week? Join the Magic Words of the Week email list. 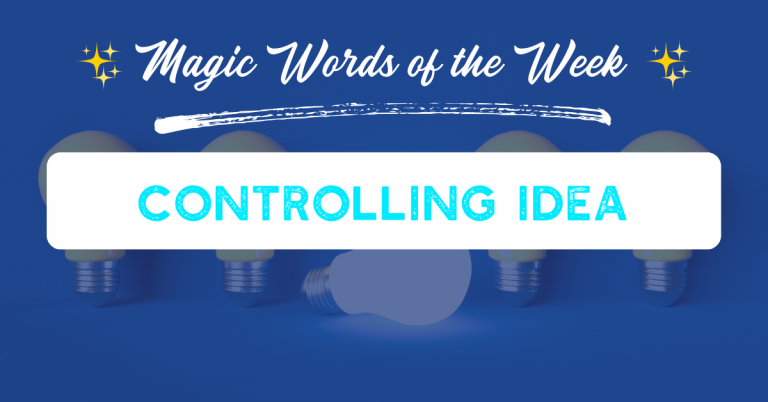 What all persuasive writing needs 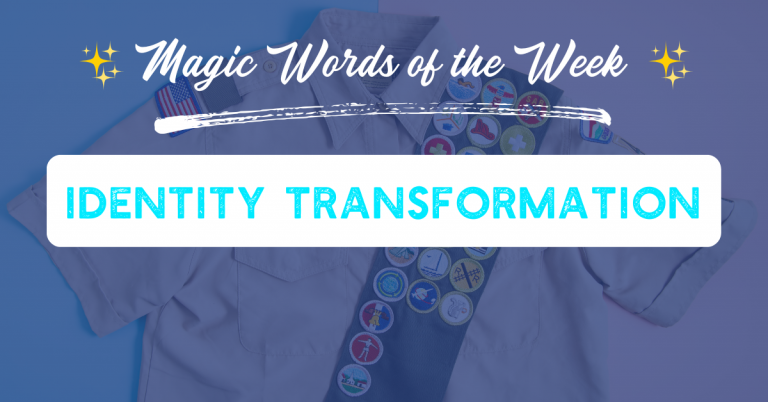 What badge would your customer get to wear after they work with you? 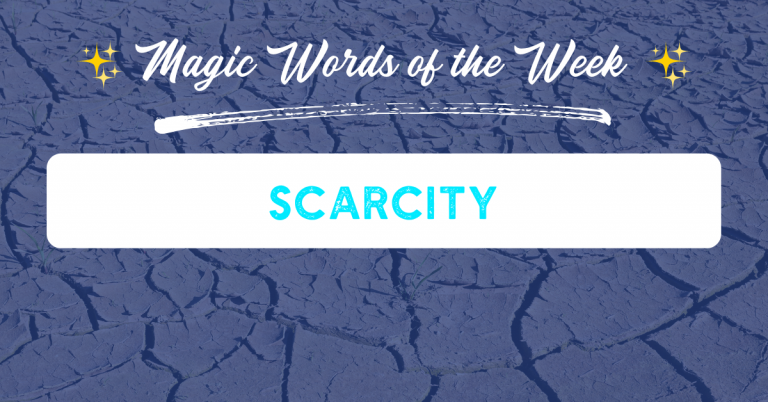 A true story of a silly choice 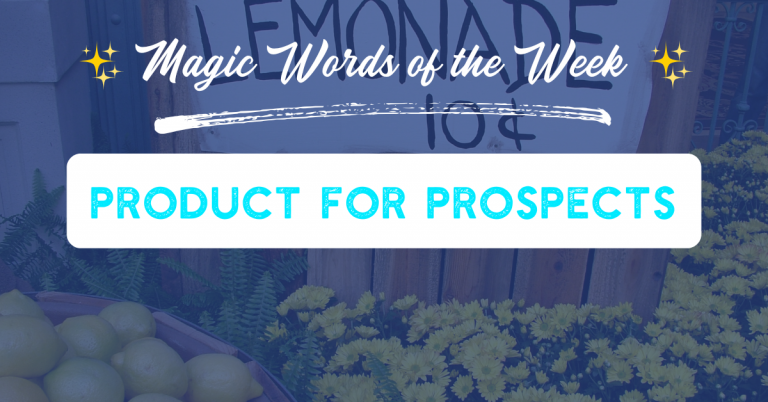 A low-risk way to build trust…. It’s a like a first date. But for your business. 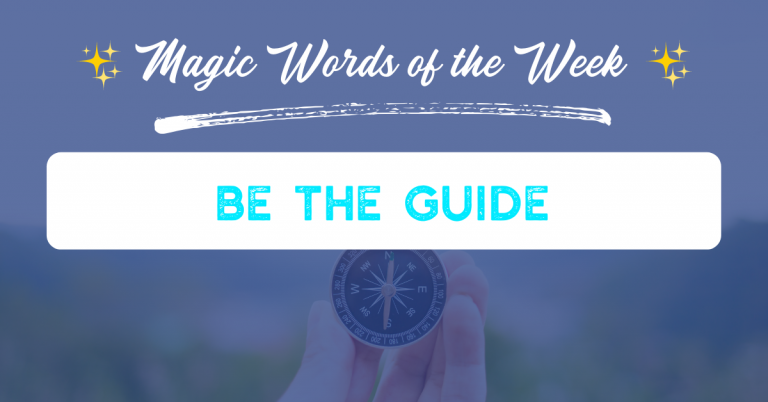 A simple mindset shift makes a world of difference 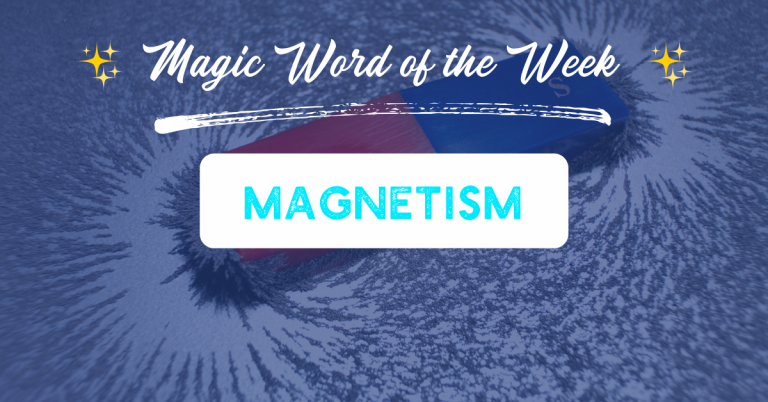 Are you willing to get so clear in your energy and language that some people go flying the opposite direction?